In November 2018, He Jiankui announced to the international scientific community that a woman had given birth to twin baby girls whose DNA he had edited with CRISPR technology in order to inactivate a specific gene called CCR5. Individuals with an inactive form of this gene are immune to HIV because their cells do not produce the receptor (a kind of molecular-level doorway) that the HIV virus uses to infect human cells.

Putting aside the very controversial nature of this experiment, He Jiankui was able to identify this specific receptor because the CCR5 mutation occurs naturally in some populations. The mutation is most common in Norwegians (16.4% allele frequency) and decreases in frequency in a southern direction, until it reaches 0% frequency in Ethiopia. Very few individuals outside of Europe carry the mutation.

I first learned about the CCR5 mutation in my introduction to biology class, freshman year of college. For our lab section one week, we took a saliva sample from each student in the lab group and tested everyone’s DNA for the CCR5 mutation. For liability purposes, our university required that we randomize each lab group’s collection of DNA. So for the ten results we got back, my lab group of ten couldn’t identify to whom any single result belonged.

This anonymization would have worked fine if I hadn’t been the only person of European descent in my lab group. Every other student was Asian or African American, so when our DNA screen came back with nine negatives and one positive, everyone automatically assumed that I was the carrier. This initial result was confirmed when, years later, I uploaded my 23andMe genetic data to Promethease (another program that reads DNA and sends you a report) which confirmed I was “homozygous” for CCR5.

My first reaction to learning that I was immune to HIV was somewhat similar to learning any cool, but slightly random, piece of trivia. I am extremely fortunate to live in a low-risk environment for the virus, and so, while being immune was a fascinating piece of information, it did not have much immediate impact on my everyday life.

But that uncomplicated perception was short-lived.

And this is why it is potentially problematic to know that I carry the CCR5 mutation: knowing the results of my DNA unduly influenced my emotions and self-perception, and I’m not the only one.

Soon after learning I was homozygous for the CCR5 mutation, I learned that individuals with two copies of the mutation were thought to be at higher risk for some diseases, such as West Nile Virus and influenza. Beyond further encouraging me to get my flu shot every year, this knowledge didn’t cause more than brief discomfort. I didn’t like thinking I was increasingly susceptible to anything, but West Nile Virus is uncommon enough in the United States so as to make my potentially increased risk quite manageable. So, while something to be aware of, I didn’t feel overly concerned about my mutation status.

The next piece of information I received was actually positive, and since we are more likely to believe in the good about ourselves than we are the bad, I had a stronger emotional reaction. I stumbled upon the study that mutated CCR5 genes might be correlated with increased intelligence. This was exciting. I felt myself reevaluating all my past successes in light of this new knowledge: could a thirty-two base-pair deletion be responsible for my love of reading? My ability to retain random facts? My SAT score?

But then the ultimate blow came: a paper, published in June 2019, six months after He Jiankui’s announcement, found that being a homozygous carrier increased mortality rate in individuals by 21%. I was stricken. My first thought was that I had just received a delayed death sentence. My next thought was of my boyfriend—was I obligated to tell him, to give him the chance to leave?

All of the above reactions were irrational, for reasons I will further explain; but my emotional response was a real wake-up call for the risks of consumer genetic testing.

I experienced this emotional roller coaster in reaction to my DNA test despite having a substantial education in human genetics.

The first thing you learn in genetics, particularly when it comes to human traits, is that DNA is not everything. Environmental influence has massive significance in the way that DNA is expressed and the ways that we develop. Identical twins, who have identical sets of DNA, can differ significantly if raised in diverse environments. Even more impactful is that very few traits rely solely on one gene; most rely on dozens, if not hundreds, all pieced together to create the sum of an expression. In my case, it was extremely unlikely that CCR5 was the only gene contributing to my risk in contracting the flu, or that it had anything more than a minor impact compared to the huge number of genes influencing intelligence. My SAT score is much more likely correlated with my zipcode than it is with a single mutation.

My background also meant that I was extremely fortunate to have a network of trusted friends, experts in genetics and physiology, to answer my questions when they arose. My attempts at rationalization were all confirmed when I sent a concerned email to my academic advisor, essentially asking her to walk me back from what I knew was an irrational, emotional cliff. Her response: “Well, you know how many environmental and gene-environment interaction effects are going to influence your lifespan. You're healthy and well-nourished and not routinely exposed to toxins. I'm sure that matters more than CCR5.”

But despite having the privilege of this additional context and information, my emotional anxiety remained. I felt a lingering dread whenever I thought about the 21% increase in mortality. I started replaying the moments in my life when I’d been ill (thankfully, not many) and wondering if they were associated with this deficiency in my immune system. While I had always considered myself a healthy person, I suddenly became insecure.

The problem is that most individuals taking consumer genetic tests don’t have the same access, and they are forced to process and reconcile this information through online content and disparate, often contradicting resources. And in the most serious cases, they may even make medical decisions based on this information. If I could be lucky enough to have access to these resources and still feel extremely uneasy, what was the average customer facing? How could people be given so much information but so little preparation to process it?

My background didn’t prevent my emotional reaction. Why? Because genetics, despite being the underpinning of human science, are also extremely personal. While 99.9% of our genome is identical between humans, our culture teaches us to value that .01% that makes us individuals. We believe that our individuality is hardwired into our cells, and we are proud of it. But that hardwiring also has the power to hurt us, as it does when we carry the genes for early-onset Alzheimer’s, or Cystic Fibrosis, or the BRCA cancer genes.

Knowing that we are carriers for these mutations is rarely an easy experience. The impact of genetic results can be both physical and emotional. Individuals have received double mastectomies based upon consumer DNA tests. Testing positive for APOE, a gene associated with higher risk of developing Alzheimer’s, has led individuals to develop depression and fear of social stigma. CCR5 seems like a minor gene in comparison to these risk factors; but it still had the power to affect my self-perception and emotional wellness.

But on the other hand, DNA tests allow people to manage risks. Those predisposed to diabetes can prioritize healthy diets; those predisposed to certain kinds of cancer can schedule annual testing for monitoring purposes. Knowledge is power, and we have the right to know our bodies. But that knowledge must be accompanied with the tools to understand it. For example, consumers must be aware that while 23andMe tests for the breast-cancer associated genes BRCA1 and BRCA2, it does not test for a myriad of other associated genetic risk factors, including PALB2, CHEK2, PTEN, CDH1, TP53 and STK11. It is too easy to read genetic results in black and white because of the massive amount of information required to put results into context.

Companies such as 23andMe are hiring genetic counselors to help customers understand what their health data results can mean. But as far as I can tell, only one counselor at 23andMe is dedicated to communicating with customers, but over 9 million people have taken their tests. Professional genetic counseling can cost anywhere from a few hundred to thousands of dollars. These resources are extremely important in helping individuals contextualize their risk, but they are not widely accessible.

The problem with consumer DNA testing companies is that we have given individuals the power to read their DNA but not the power to understand it.

That means that individuals may be making major decisions or suffering under emotional weight without counseling resources available. My scare was minor in comparison to what many have gone through, and I was lucky to have access to abundant resources to go to with questions and reassurances. But many people aren’t so lucky and yet still face difficult decisions when confronted their DNA results. We must make it a priority to educate individuals on the complexity of DNA results and make resources available for them to consult with professional geneticists when they acquire a result they are concerned about but may not fully understand.

Just this month, a few follow-up papers were published that examined the methods of the June 2019 paper that found the 21% increase in mortality of homozygous mutant CCR5 individuals. These papers demonstrated that the methods used in the original study were flawed; a realization that the original authors acknowledged with much integrity. No known association with mortality has been demonstrated.

Despite believing I had reached a point of emotional indifference with my mutation status, I felt an extreme sense of relief when the study was revoked. My emotional journey had been a false alarm. But for many individuals, it is not. If we are going to continue making consumer genetic testing so freely available, we need to address the serious lack of accessible genetic counseling in the United States.

The recent technological advances in genetic sequencing are a marvel, but they are complex. It is extremely rare that a single stretch of DNA holds the power to define your life, even less so with modern medicine. But reading our DNA without the resources to put that information into context can still twist our perception of life and of ourselves. And that is something no one is naturally coded for. 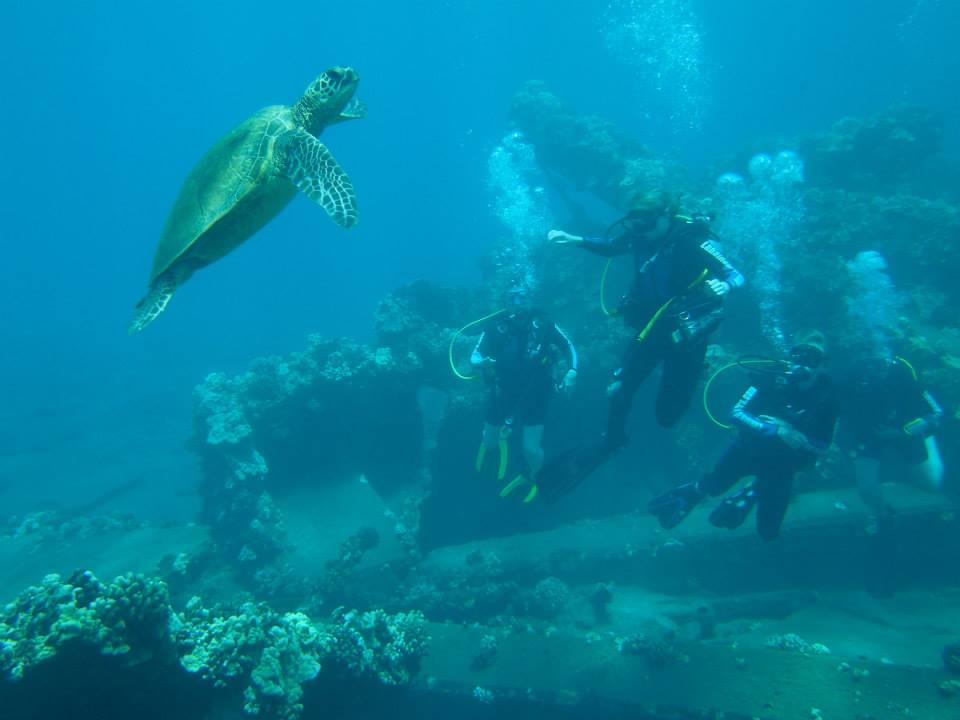